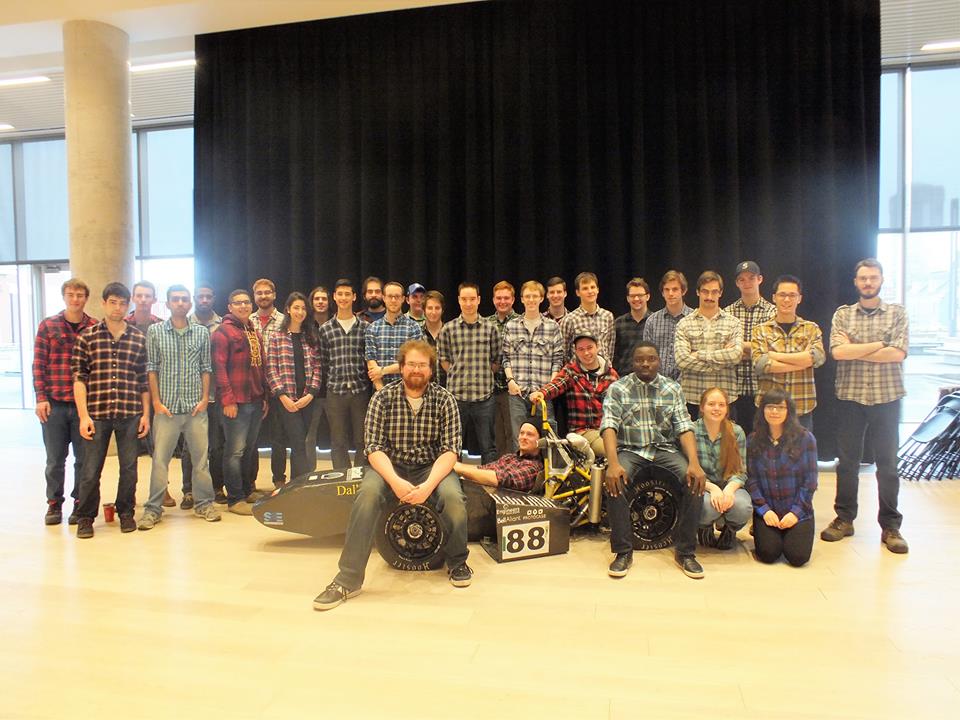 Formula SAE is an international series of university-level competitions where students design and build open-wheel racecars. The competition consists of static and dynamic events, including acceleration tests and autocross time trials along with judging from professionals in the automotive industry. Dalhousie’s FSAE team has been active since 2010, competing in events at the Michigan International Speedway and at UK’s Silverstone Circuit. The team has developed over the years, placing as high as 20th in the 2014 UK competition.

Check out our team’s promo video!

Dalhousie’s FSAE team offers an incredible experience to Dal’s students. It gives engineering students a chance to learn a wide variety of technical skills through designing the car. Many team members gain their first experience with the design of a vehicle’s suspension, drivetrain, powertrain, or wiring system, and this exposure has helped many members apply for co-op positions or engineering jobs after graduating. The team’s senior members also gain valuable practice in leadership roles, managing small student groups throughout the design process.

This year, Dal FSAE intends to compete at FSAE Michigan from May 10 to 13. The car’s design is well underway: the vehicle’s frame has been built, the suspension system is fully modelled, and a new engine is currently being tested. We are prepared to have the car built during March, allowing for some time to test and tune the car. Additionally, we are actively working on several deliverables for the competition, such as the car’s design and cost reports.

The team’s goal is to send 12 students to Michigan this year to allow several of the newer students to experience the competition. With such a large group, the estimated budget for registration, transportation, hotels, and food during the trip is over $12,000. This funding will go towards the costs of this trip, helping us rent several cars and book hotel rooms for the week.

!Update!
Unfortunately, we had some big setbacks during our build, and our team has decided to pull the plug on competing at Michigan.
Here are our plans for the summer:
– We’re sending a small team of 5 people to Michigan to chat with other teams and try to pick up as much information as possible.
– We’re still signed up for Formula North in Ontario this June, and we’re confident we’ll have our car together to compete here.

Thanks for your support! Follow us on our social media to see how the rest of our build and competitions go. 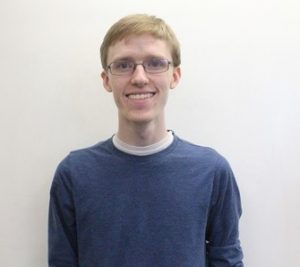 Greg is a 5th year computer engineering student at Dal. As the team captain, he's the manager of the team, making sure that the system leads are staying on schedule and keeping on top of the FSAE competition deliverables. 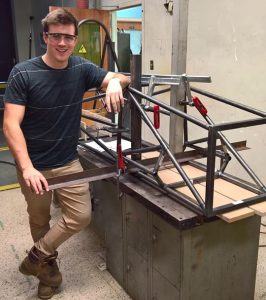 Alex is a 3rd year mechanical engineering student at Dal. In his lead engineer role, he works closely with the various systems on the car, integrating all of these parts and making sure that everything can be built. 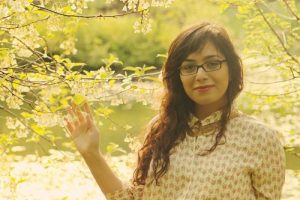 Unfortunately, we had some big setbacks during our build, and our team has decided to pull the plug on competing at Michigan.

Here are our plans for the summer:

- We're sending a small team of 5 people to Michigan to chat with other teams and try to pick up as much information as possible.

- We're still signed up for Formula North in Ontario this June, and we're confident we'll have our car together to compete here.

Thanks for your support! Follow us on our social media to see how the rest of our build and competitions go.

We've been working day and night to get our car finished. Here's a little peek at what we've been up to:

- Our hubs and uprights are in! Some of our incredible sponsors at SureShot and Velocity Machining got these made for us. We just need to put the finishing touches on them here and they'll be ready to assemble.

- The cockpit is ready: we bolted in our brand new belts from Leaf Racewear, and our mechanical shifter is all set. The team had some fun climbing into the car - it looks very comfy this year.

- Our frame and bodywork are painted and looking mean. (We learned a thing or two about painting carbon fiber along the way...)

- We're prepared to wire the car today. With a bit of luck, we're hoping to get our engine firing tonight.

All the pieces are definitely coming together and we're really excited to get this car running.

Easter weekend might have been a relaxing long weekend for some of you, but we spent it working hard on the car instead!

After spending so long designing the parts for our car, we're finally building and assembling all the bits and pieces. Our engine is firmly bolted into the car, and our cockpit is coming together - we just finished our steering and firewall. Plenty more parts are on the way. Our bodywork is in progress, too: we've layed up the carbon fiber side panels, and we're about to build the nosecone.

It's going to be an exciting few weeks as we work through the build. Stay tuned!

It's been a crazy week for us! On Monday, we sent off our cost report, which is our last document for FSAE Michigan. The cost report is a huge (~300 page) spreadsheet that details the cost of every single part on our car, from our engine to the nuts and bolts. Now, all we have to do is get our car together and we're ready to go.

We also finishing tuning our engine this week. Our Honda CRF450X gets us just over 40 hp on an engine dyno. we were worried that this smaller engine would be a lot less powerful than our old Honda CBR600, so this is really exciting for us!
1 2

Looking forward to seeing how the team makes out! Go Dal Engineering!

This error message is only visible to WordPress admins

Please go to the Instagram Feed settings page to create a feed.

Check out our #carbon fiber bodywork coming out of the molds! https://t.co/0PJI8hsCHv

Our friends @DalSupermileage are working hard in our shop, too! #carbonfiber

Some late night work in the shop last night! https://t.co/oAkqt6wvLx

Ain't no party like a cost report party. https://t.co/ti7gxxP09E

Thanks @DalAlumniHFX for mentioning us in your March newsletter! Help us get a bit of momentum on ProjectDal:… https://t.co/0bSZLfTmcP

Some handsome faces in our team photo this year! Photo credit goes to that stranger standing outside the library ye… https://t.co/LhJ2TN4peh

Chassis team member Terry showing off some of our parts for #NEMNS! We're at @hfxpublib until 2pm. https://t.co/A5oQLjNtf3

We'll be at the @hfxpublib 9:30 AM to 2 PM Saturday for National Engineering Month. Stop by and see what we've been… https://t.co/H1uYH0PtFl